I was giving one of my first lectures in English to International students. There were 8 nationalities: Chinese, Indian, Greek, Mexican, Columbian, Croatian, Swedish and Canadian.
My main focus was the presentation together with my English and my students . I was anxious about cultural mishaps.
I was aware that it is not easy to manage late arrivals - especially Latins- without appearing to be scolding nor to correct the Chinese for fear of them losing face.
In addition, I took great care of the way I addressed students: not too friendly and not too formal.
In France, in higher education, students address teachers as: ‘Monsieur’ or ‘Madame’. It is rather rude to address a person as 'Monsieur X' or ‘Ms Y’ with the family name. Like the German, we avoid calling our lecturers by their first name. According to Hall, our ‘Power Distance Index’ is rather high.
My students were practising in groups and one of them, a Canadian, asked me for help. Clearly she was not obsessed with cultural faux pas. She raised her hand and called: ‘Dominique?’
Nobody among my students had ever called me by my first name before!
Fortunately, I remembered my own Intercultural Management courses and the key qualities of the international person : 'adaptability and open tolerance…. '
So, although I felt uncomfortable, I said nothing.
In a short time, I learnt to be at ease with the cultural differences within my multi-national classes.

The Chinese farewell ceremony (by Megan)

Part 1
A funeral is not the usual place where you need to suppress your laughter - but the recent Chinese Cremation Ceremony was my challenge. The deceased was the 50-year-old husband of a former student, aka Emma. I went for several days to the hospital to help Emma to understand that aka Jimmy was not going to get better. In time, I received a call to Jimmy's funeral : ' You come 9 o'clock . Funeral Office ..... ' . So, along with 50 Chinesemen and Sandy, I sat by Jimmy's coffin for 2 hours. The only sound was the men talking or shouting into their smart-phones, Sandy said: ' Too much time wasted for them here. They talk about money.

The cremation site was 25 kms and the hearse and cars eventually started out at 11.15. The cremation was set for 11.30. We started at 20km/hour but by 11.25 we were holding on to hand straps and each other as we zoomed along at 80km/hour. Not only were we very late, but the next funeral had already arrived with hundreds of cars and people everywhere. The shouting was awful. Somehow we (actually 'me' because the funeral organizers couldn't cope) got Jimmy and the Chinese into the Chapel of Rest (not the best name, as it happened). More sitting and then more telephoning, and then more talking and shouting about Jimmy's money. After 45 minutes, the people outside were banging on the door. Sandy shouted ' Megan what we do now?' I prayed for Divine Intervention but it didn't come , so I said we needed to say ' Goodbye Jimmy' and we must leave. The Chinese shouted :'But we need fire : Fire, Fire' . I tried to explain that the fire would come after we left but they were insistent. 'Fire . Fire. Fire ' . I became worried that someone outside might call the Fire Brigade and I thought of the newspaper headline: Fire Fighters called to Crematorium ! But then I remembered hearing that fire is essential for the funeral guests to walk over in China. Next problem for Megan, make a fire! The cremation site has an office and a house for the office manager. I reckoned on the house having a kitchen, probably a woman, a cooker, a meat tin, some oil , some tissues and a matchbox. And so it was that all of the funeral guests walked over a blackened meat tin with burning sunflower oil. I escaped just before the crematorium security guard came running with a fire extinguisher

On the night of the cremation, a small family group and I met at the deceased house for supper. As is the custom, his favourite supper was put at a place set for him, at the head of the table. But his wife was convinced that his spirit did not come for supper and so, we waited all through the night...... Before the family group left to return to China, a large red cross was put on the wall calendar indicating the date that the grieving wife would next be visited by family members - some 12 weeks into the future during which time, by custom, she had to cope alone. Not being part of the cultural group , I assisted her with legal matters, governmental documents and house sale procedures. On the day that the wife was leaving, finally to return to China , she called for my help ....... The husband's spirit (now back in the home) would need assistance to locate her movements back to China with his ashes - and so a guidance mechanism is customary...... We lit small fires in tins in all rooms. We wafted the smoke through the doors in the direction of the house exit and laid a trail of Chinese coins in the path of the smoke for the spirit to follow. After the lady left by taxi, I was engaged to throw coins behind it ; she would continue to do this at intervals from the taxi , between her house and Heathrow Airport. This goodbye happened only last Tuesday and I am awaiting to hear the outcome. I wrapped the essential and true story of the dear man's cremation with the drama of the following cremation and the occasional spot of poetic licence - the result was pure comedy It is difficult to separate the various parts into what could safely be described as cultural differences. There are three aspects of my involvement in this which remain inter-twined and thus confusing: 1. I accepted the cultural matters without question but without understanding if the participants were truly serious themselves - or if it is the common practice of ' better do it ... just in case of bad luck' . 2. Another reflection is to dismiss the whole scenario as superstitious and thereby , openly game for humour and joking . 3. A more serious reflection is to wonder how far I would have allowed myself to be involved if the situation were closer to my native socio-cultural behaviour but one where I would be empowered to resist.

Respected Mam,
Tomorrow I am going back to India and I came to college to meet you but as you were not there, I seek this opportunity to take your blessings for my future.
As you know, in India, we humbly touch the feet of our teachers to get blessings and give respect, I could not do that as I could not meet, but I need all your blessings for my future….
Regards,
J.S.
International Exchange Program (INDIA)

And what do you think I did? I gave him my blessing…

Dear J.,
I respect your traditions and culture; so I give you my blessing for your future.
Things are so much different in France....
…………….
I am in Delhi from .....29th to ....7th…… It will be my pleasure to meet you again, and you will have the opportunity to touch my feet.
Kind regards,

Plugs story in Cyprus
or a plug-communication-failure

I was in Cyprus on the Erasmus programme. I had packed in a hurry and suddenly realized that I had forgotten my plug adapter. …so too had my male colleague. Plugs and sockets in Cyprus, as in England, have 3 points whereas in France they only have 2.
My colleague and I tried unsuccessfully to find adapters in the telephone shops. Eventually, we went into a ‘bazaar’ shop. I asked the stall-holder for: ‘an adapter’. I emphasize that people in Cyprus are bilingual - more or less. The stall-holder was chatting in Greek with someone, who was clearly not a customer, and he was not willing to serve us. The stall-holder pretended not to understand me. I attempted to describe the function of the ‘appliance’ and explained the differences in power. In desperation, I gestured the two sticks !!!!!! Oh, my God! Whilst doing it, I realized, in a flash, that is was an obscene sign….Too late! The seller showed me a box of condoms…
Epilogue: I finally pointed to a socket on the wall and to my mobile phone, and so, I got the adapter…

Confusion in the Czech Republic

In the Czech Republic, people are fond of gambling and lotteries. Newstands offer cigarettes and lottery tickets.
I was in Brno, and unsuccessfully trying to find my way with a road map.
I went towards two elderly ladies who were waiting for the tramway. I was holding the map in my right hand. I asked: “Prosim?”, which means “Please?”.
Unexpectedly, one of the two ladies waved me to go away in an authoritative manner.
I was shocked, I could not understand why…
Then, I approached a young lady, but she rushed away from me as if she had seen the Devil!...
Later on I understood that street sellers often come up to pedestrians and offer them lottery tickets.
The ladies had confused my road map with a lottery ticket… 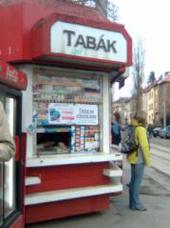 Let me know of your intercultural experiences. I shall be glad to publish a post on them. Looking forward to reading you soon...